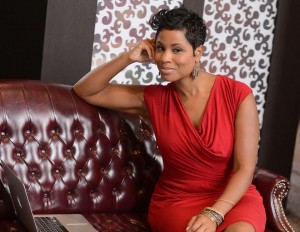 She has appeared on numerous national and international news networks, including ABC News, CNN, MSNBC, FOX News, Al Jazeera America, and Arise News, and appears regularly as a legal analyst on NewsOne Now with Roland Martin on TV One. Monique’s work has also been featured in The New York Times, The Washington Post, The Los Angeles Times, USA Today, The Legal Times, Essence Magazine, and Jet Magazine, among others.

She hosts the radio show, Breathe Through It with Monique Pressley, a webcast listened to weekdays around the world.

Monique is principal of The Pressley Firm PLLC. Based in the DC Metropolitan area, her firm specializes in complex civil litigation, crisis management and communications, and new business incorporation and development.

Originally from Galveston, Texas, Monique received her B.A. from St. Mary’s University in San Antonio, Texas and her law degree from Howard University School of Law in Washington, DC. She previously served as a Senior Assistant Attorney General for the District of Columbia Office of the Attorney General where she was responsible for the defense of the city’s mayor and agencies in civil litigation matters.

Monique was an adjunct professor at Howard University School of Law for five years where she taught Trial Advocacy and coached the award winning Trial Advocacy Moot Court Team. Prior to law school, Monique served on the U. S. Congressional staffs of Rep. Jack Brooks and Rep. Charlie Wilson.

She is also sought-after speaker, bringing her “Be The Boss” entrepreneurship seminar and other messages of empowerment to thousands across the country.

Monique has been described as a “new and unique voice in the earth”, delivering well-rooted, well-studied messages of inspiration and empowerment from a fresh perspective. With foundations of skilled advocacy, oratorical abilities and scholarship, Monique infuses her biblical teachings with a sense of history as well as the contributions of modern thinkers and teachers.

Monique answered the call to preach the Gospel in September of 2001, was licensed in November of 2006, and was ordained in October of 2007. In 2013, Monique launched Monique Pressley Ministries, a world-wide evangelical ministry.

Filled with the desire to not only share the message of the Gospel but also empower people by providing practical information and insight to help them live better lives, Monique has drawn from her decades of legal experience to offer legal education seminars in areas including estate planning, family law, and health.

Her commitment to living as healthy a life as possible—mind, body and spirit—led her to assist in the development of a health and wellness program for women. The three-month program provides practical health and wellness information through the teachings of experts in the field, biblical teachings related to good health and diet, and an exercise component facilitated by certified fitness trainers.

Monique and several business partners based throughout the United States and in Australia facilitate entrepreneurship seminars throughout the nation to inform and inspire those with a dream of owning their own businesses as well as provide another alternative for establishing and maintaining financial stability in uncertain economic times.